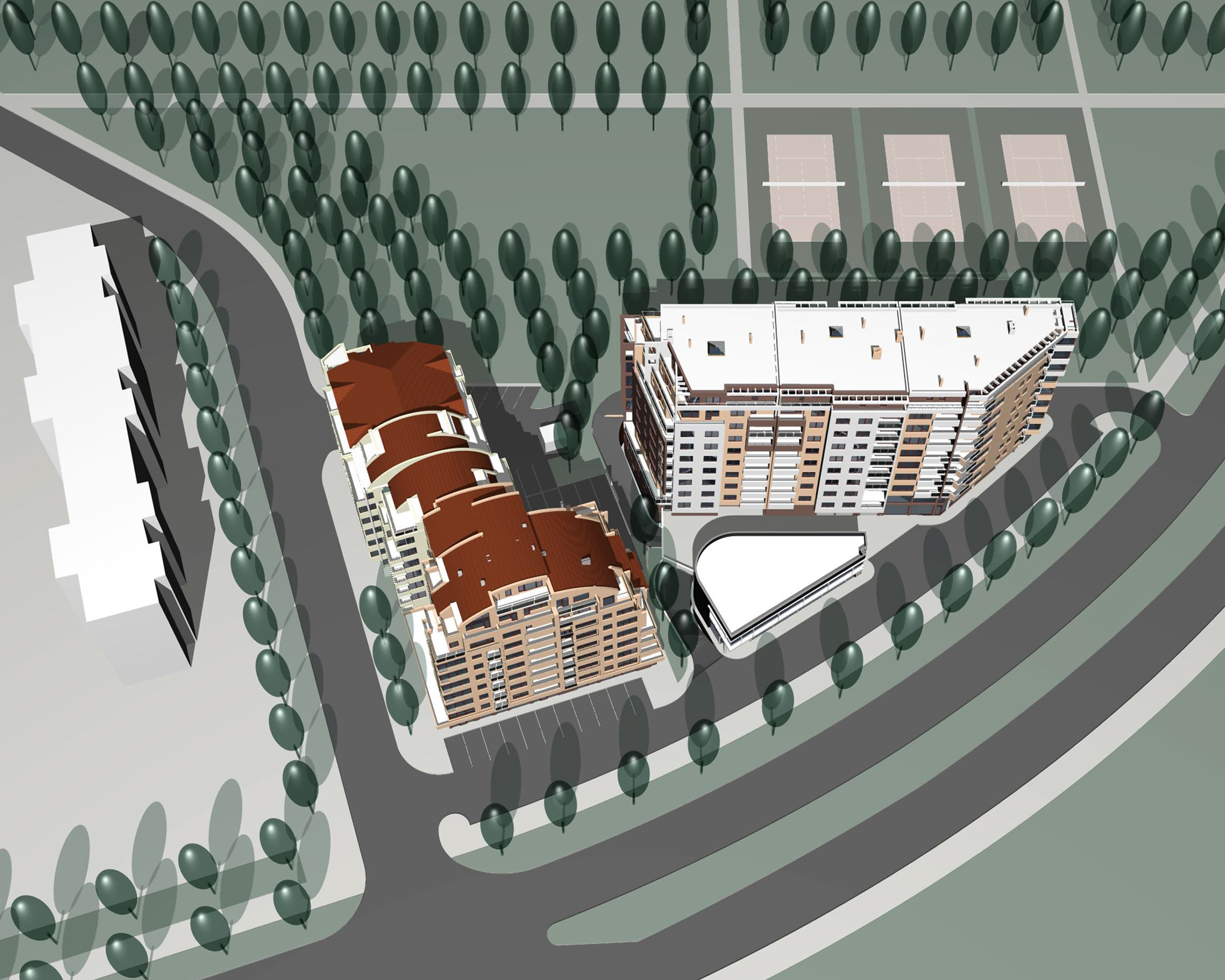 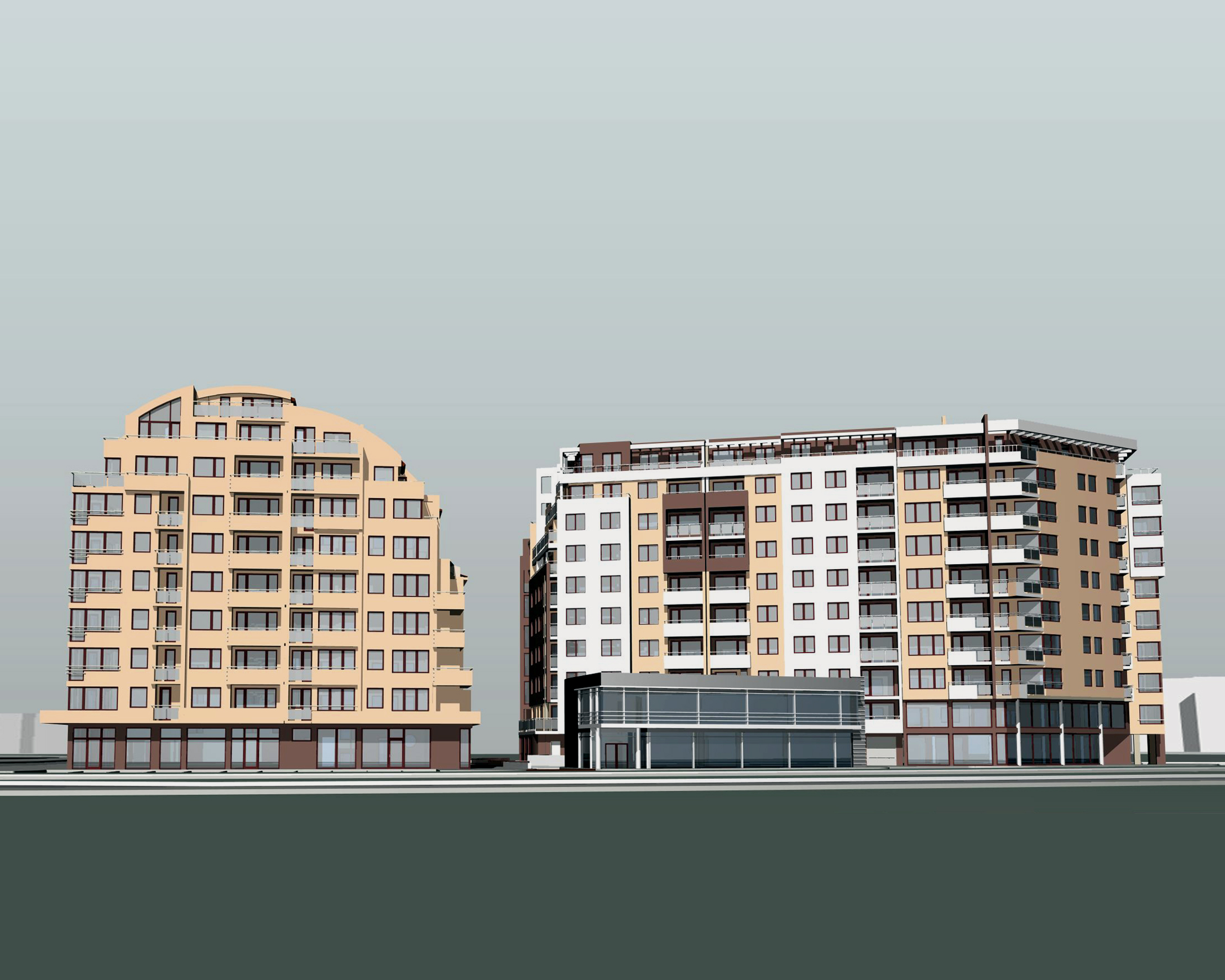 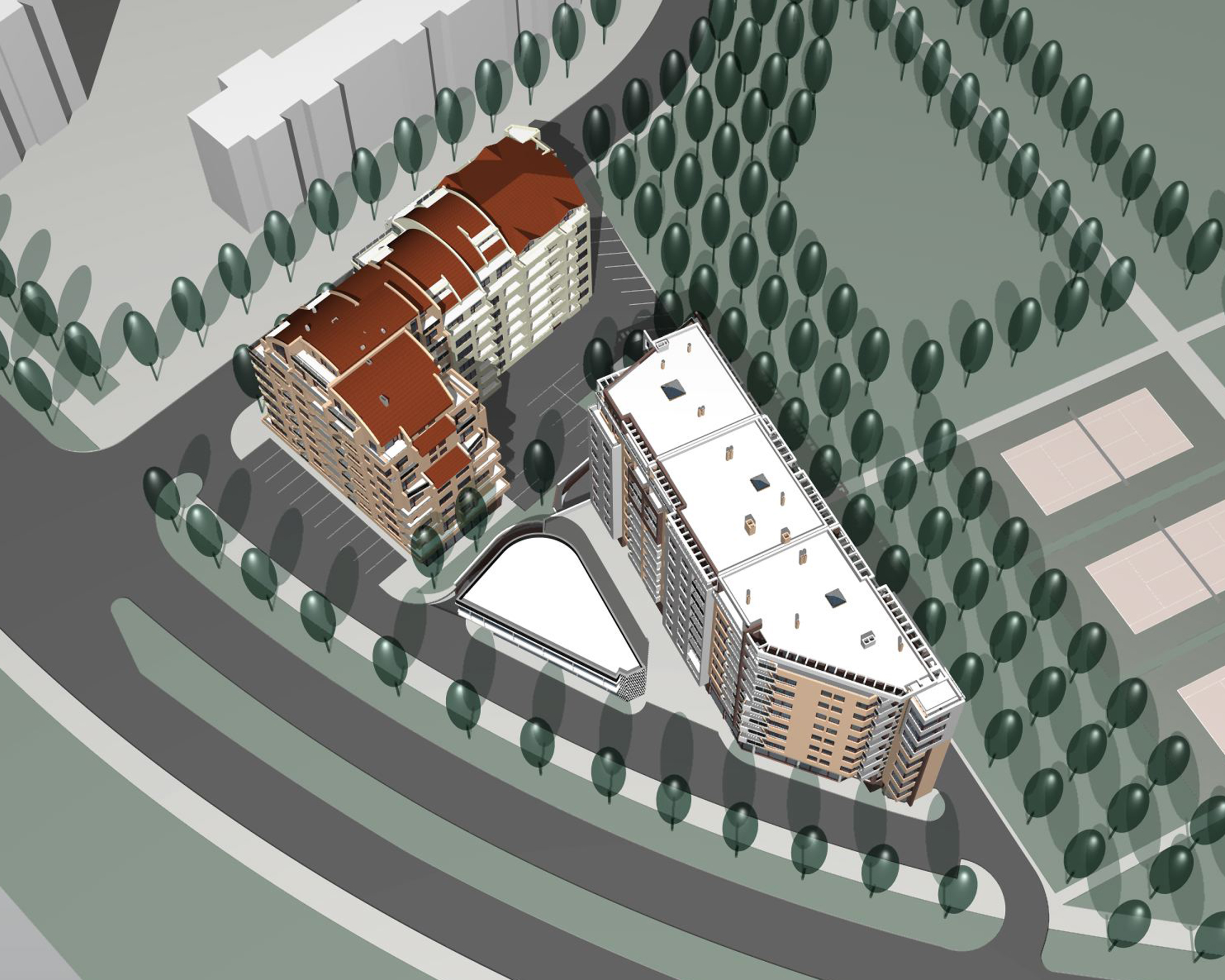 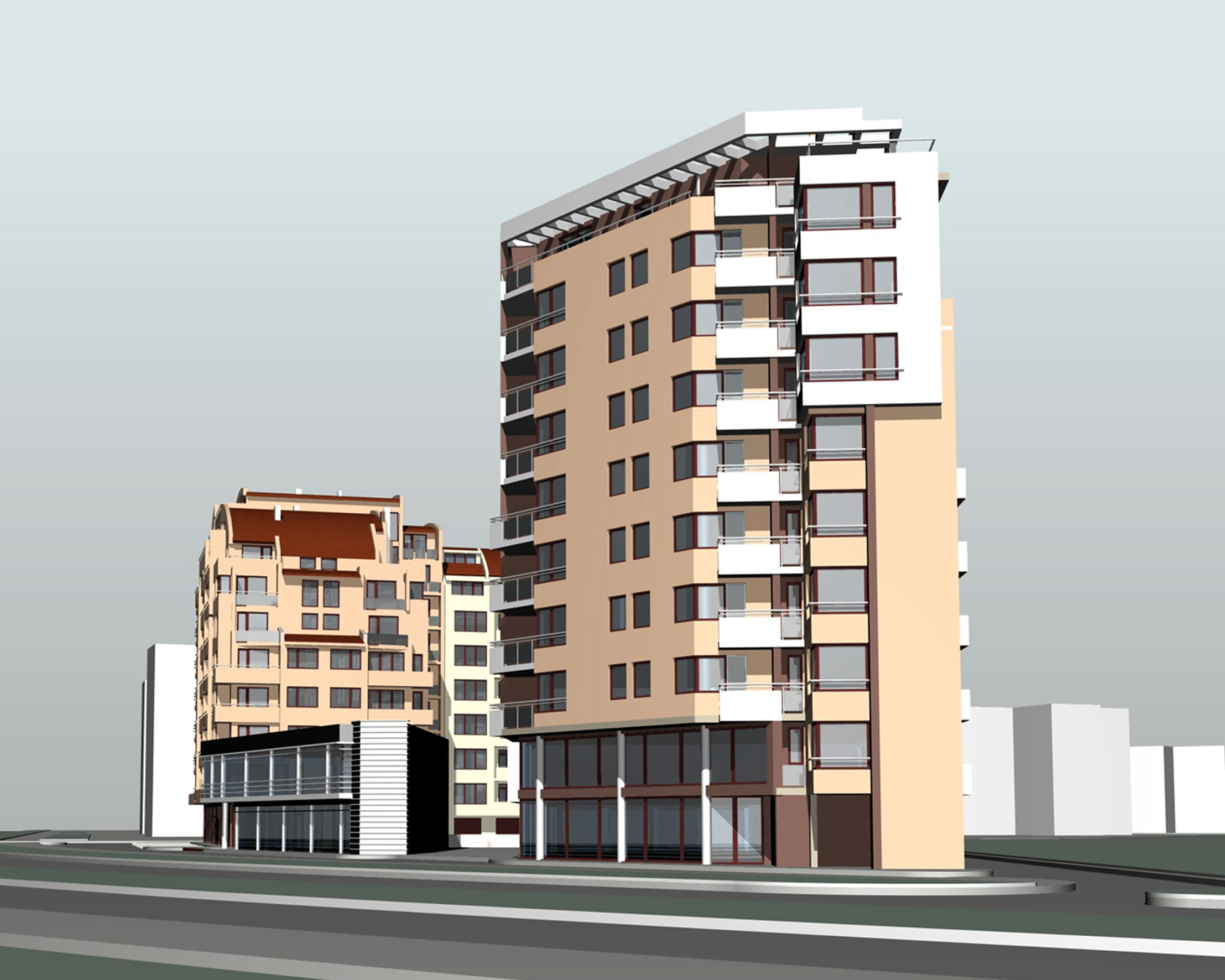 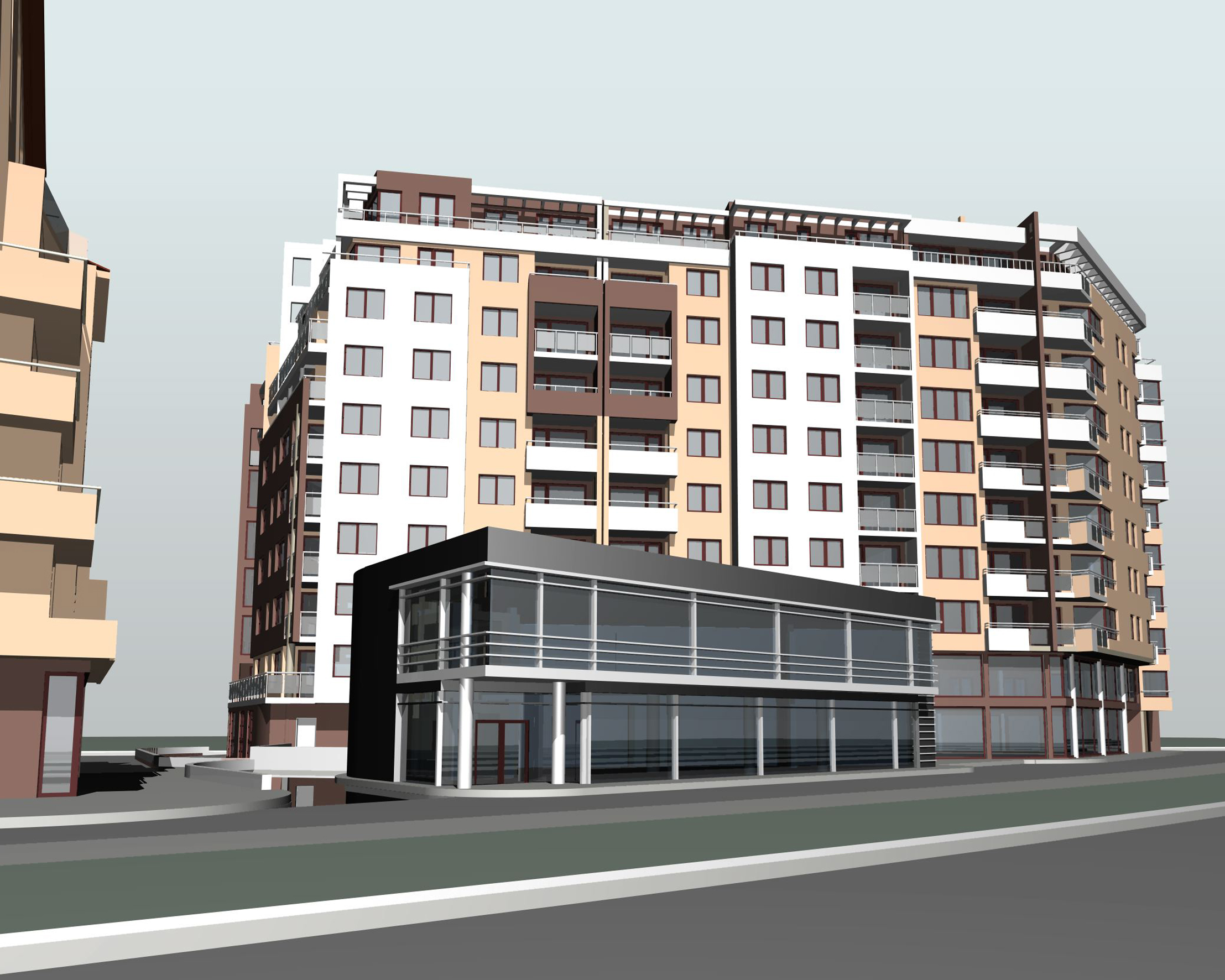 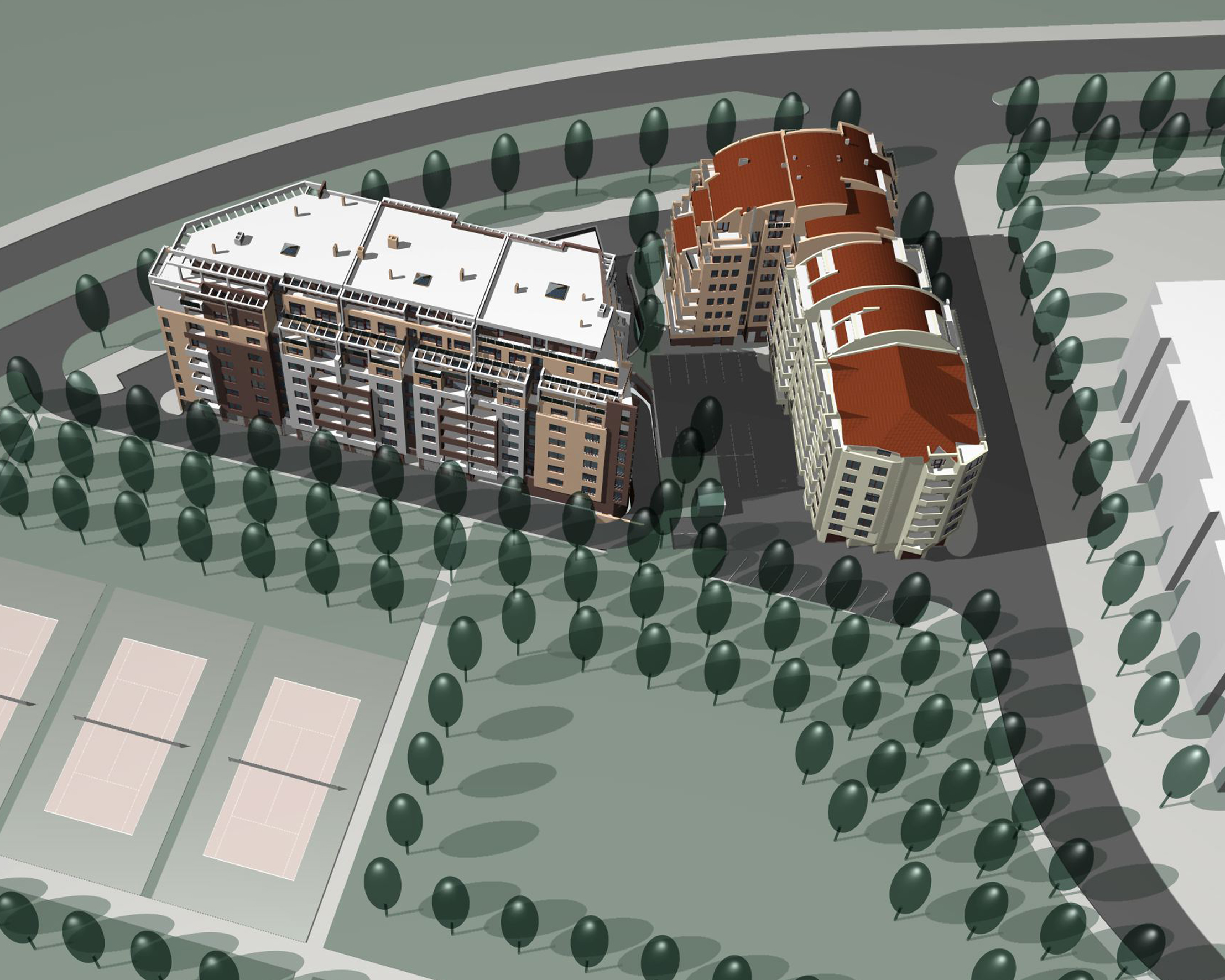 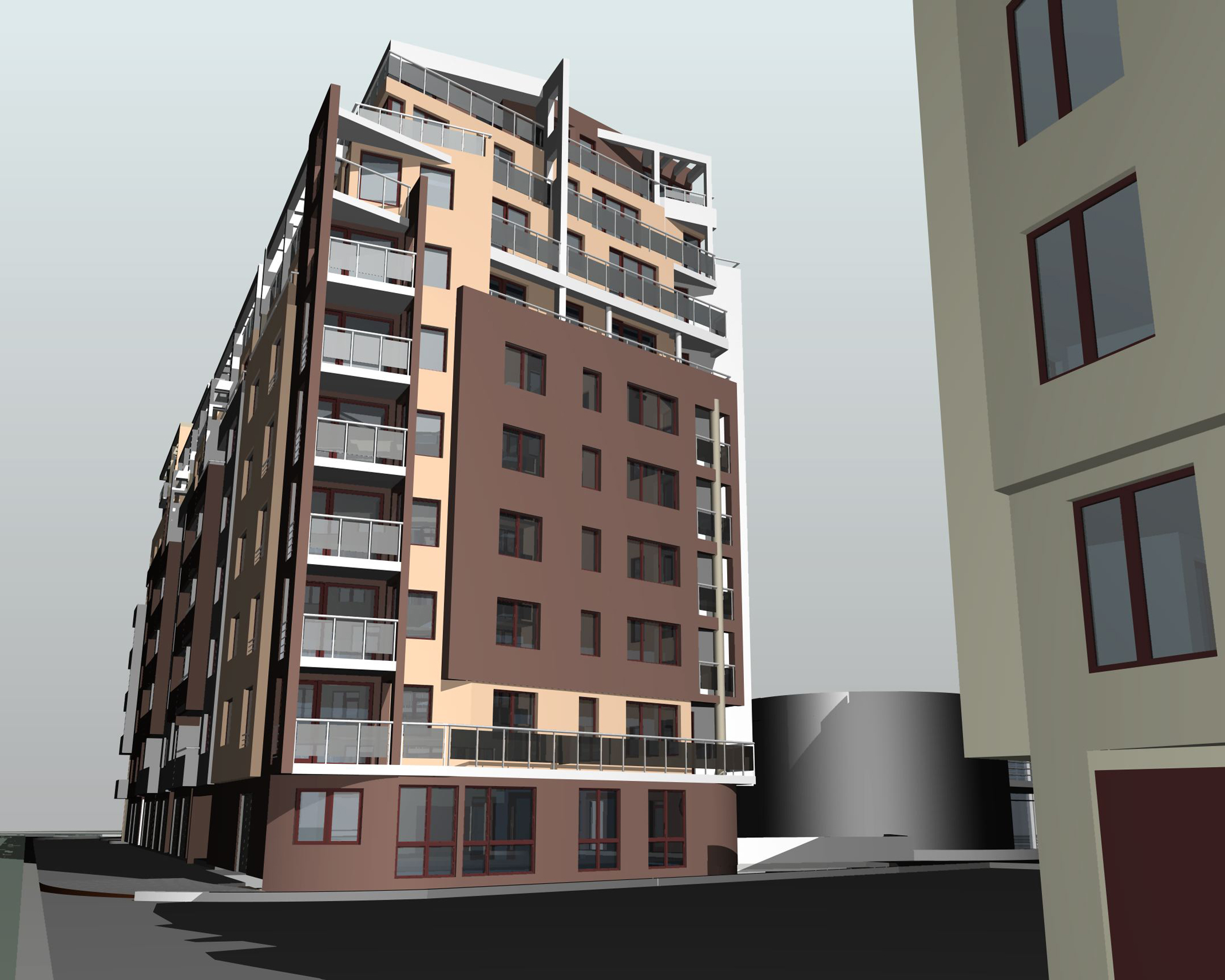 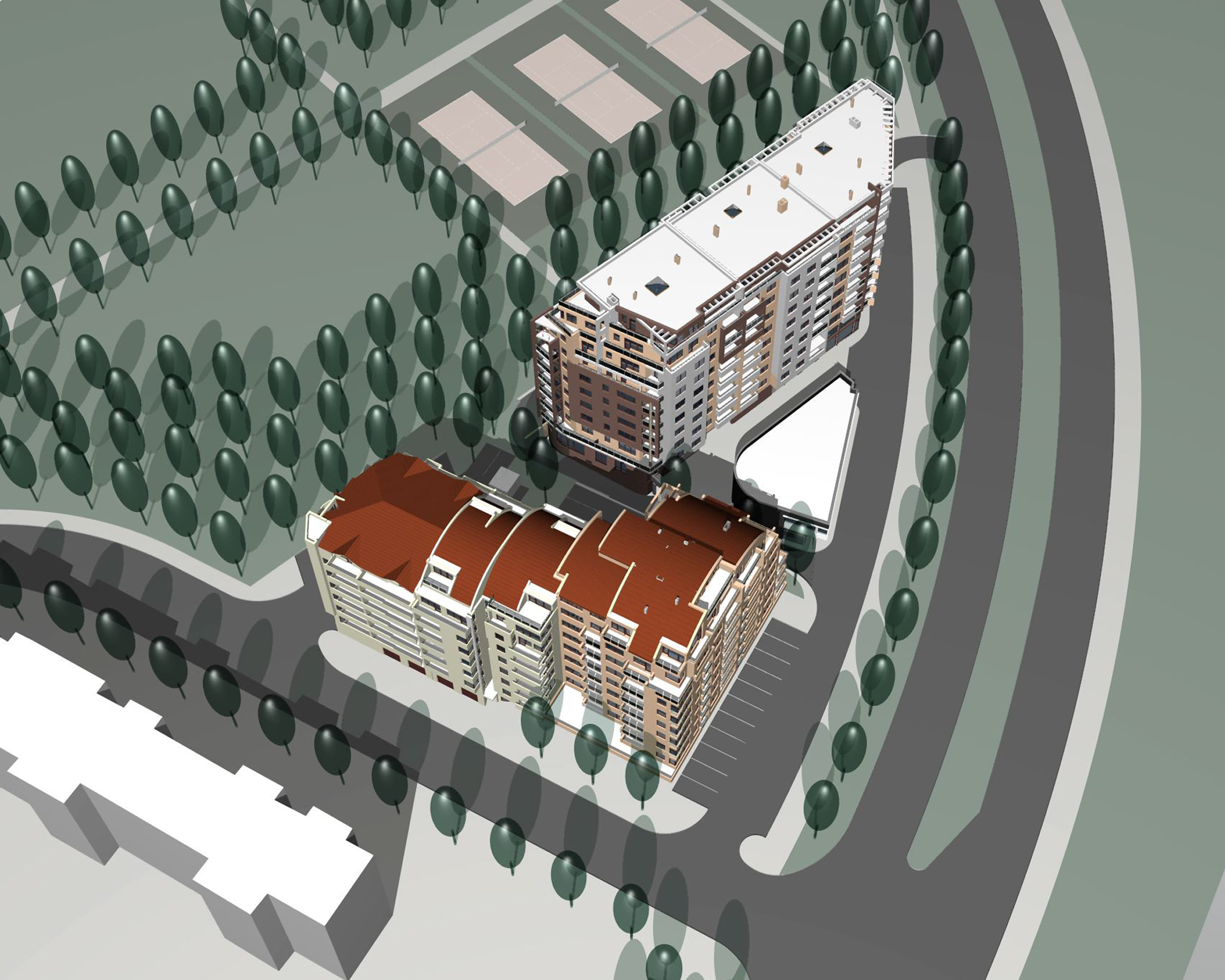 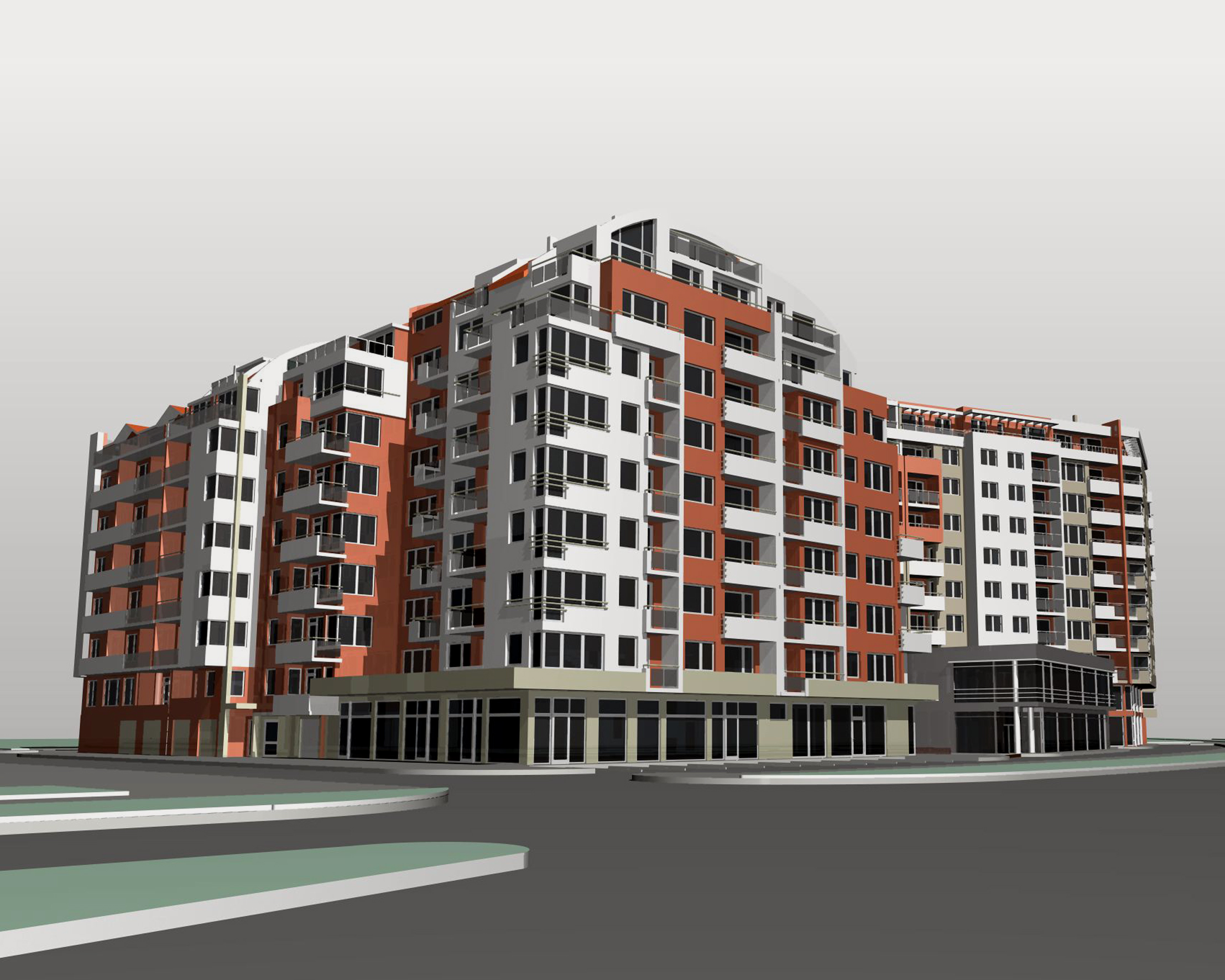 Residential complex "Alex - Trakia" is designed in two adjacent properties in the residential district "Trakia", Plovdiv. The site is located on the crossroad of. "Tsar Simeon" str. and "Alexander Terziev" str. Bordered on the north by land for public landscaping.
In one part of the property 1873 m² were built and put into operation with four eight-storey buildings with a total area of ​​9384 m² and 95 apartments.
In the other part there should be three new six to ten-storey residential sections of turbot with each other and situated along the northern border of the property at the future park. In front of the high volume of residential buildings facing the boulevard is a two-storey building with commercial functions.
Transport access and parking are located at a local lane in one direction, parallel to the boulevard. In boundary between the two properties are developed two platforms for entrance and exit of the underground garage.