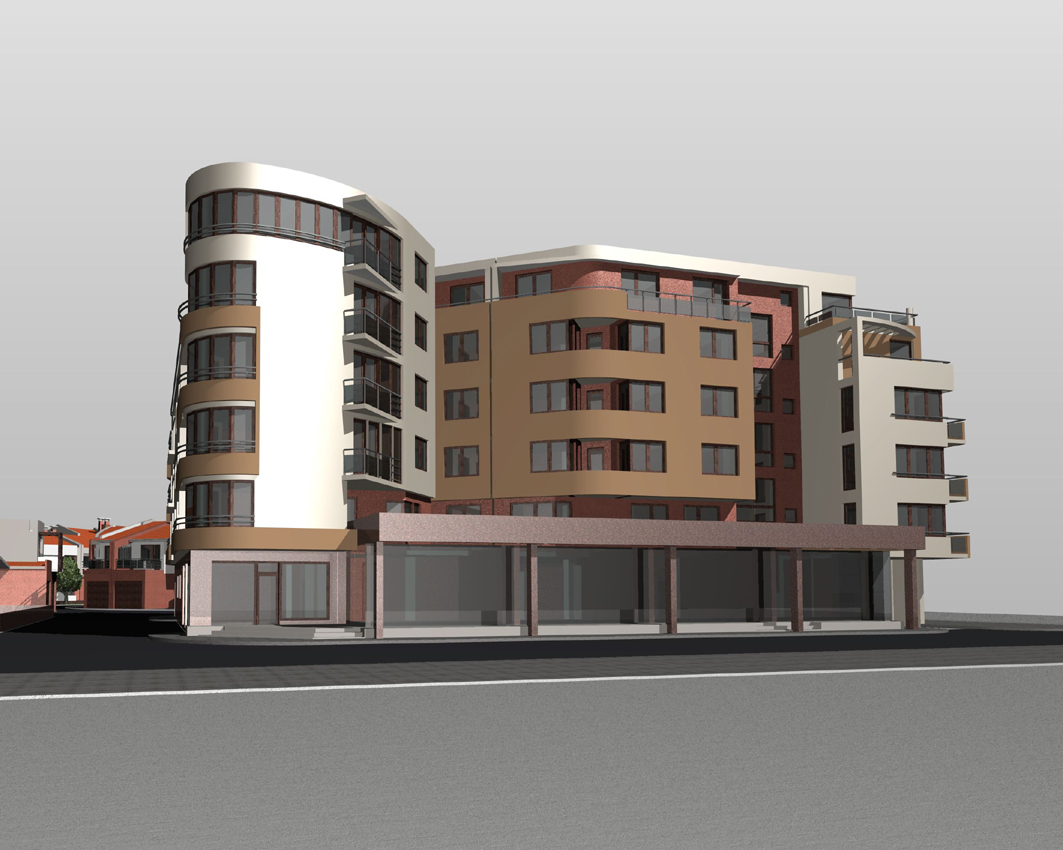 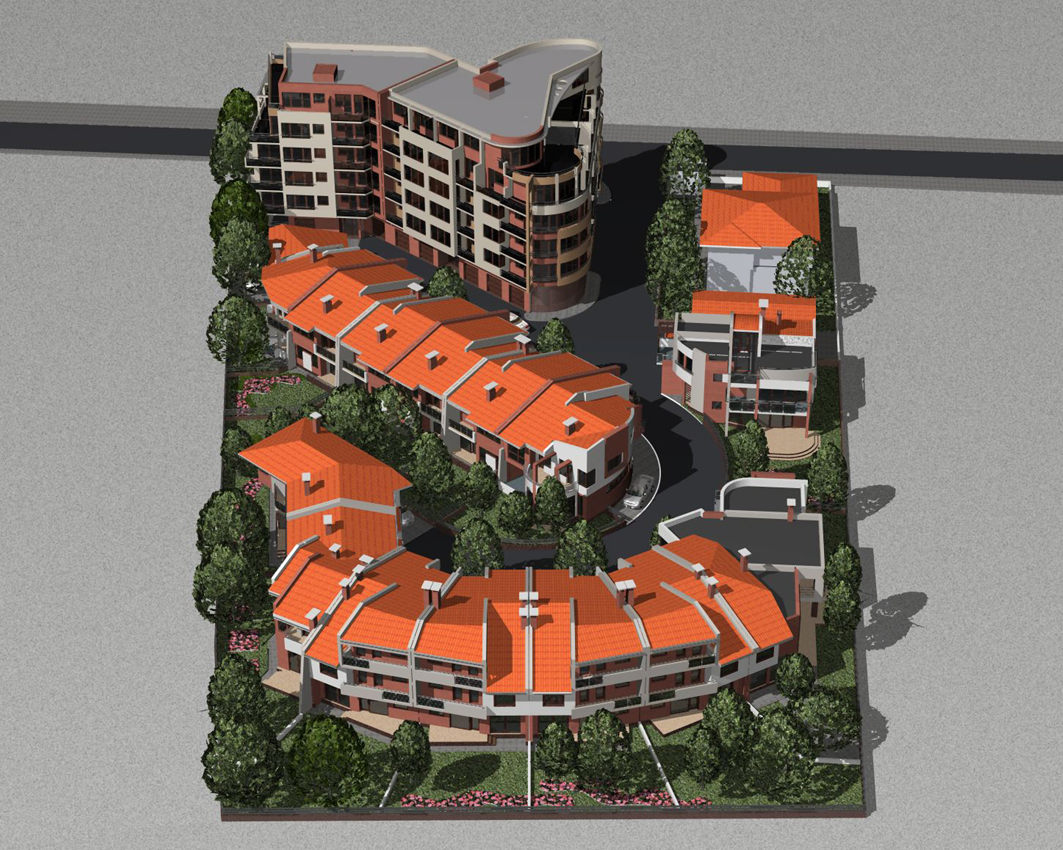 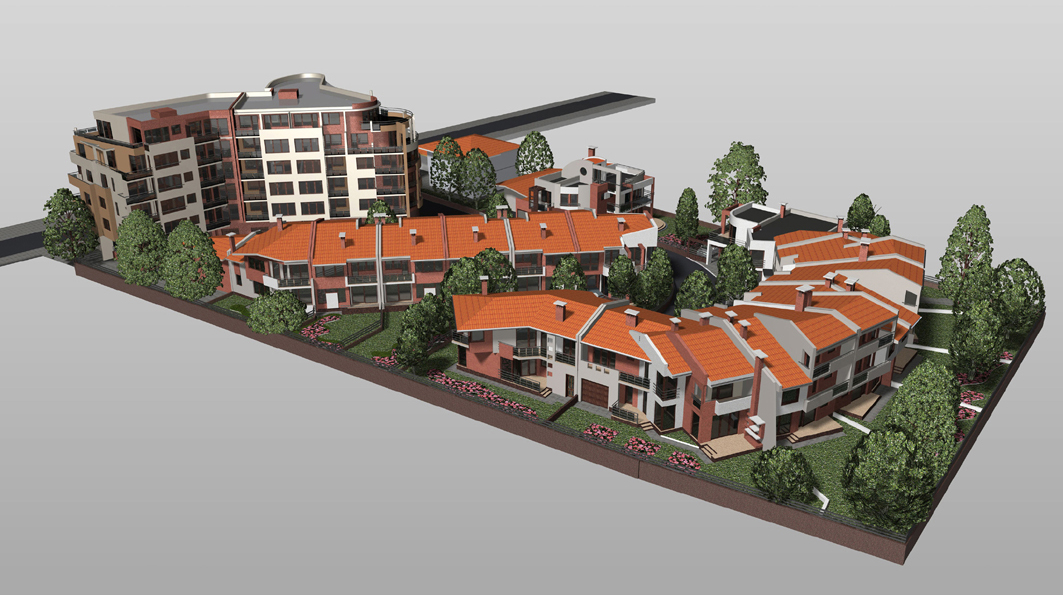 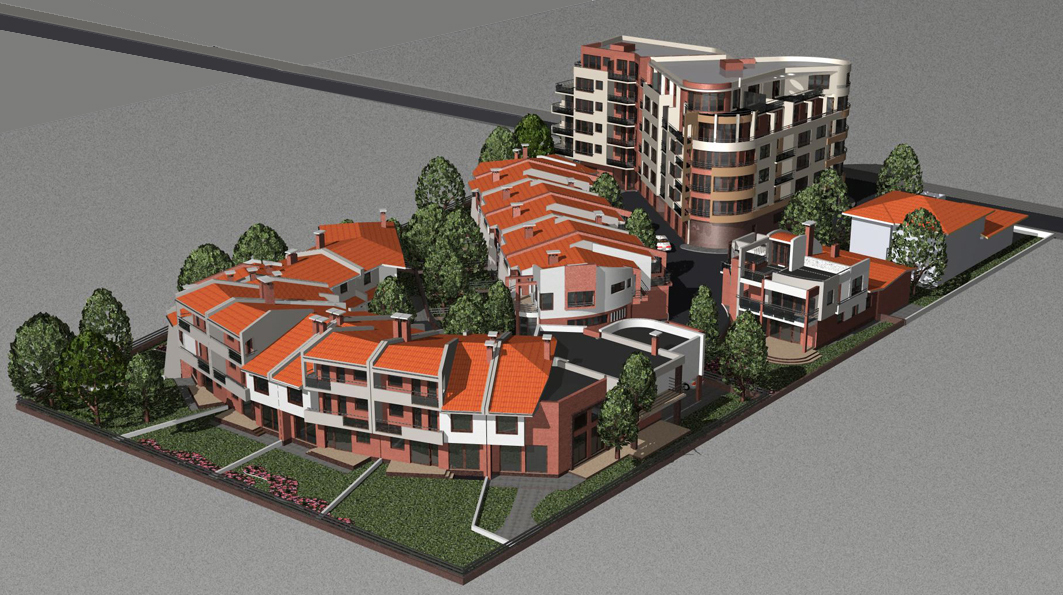 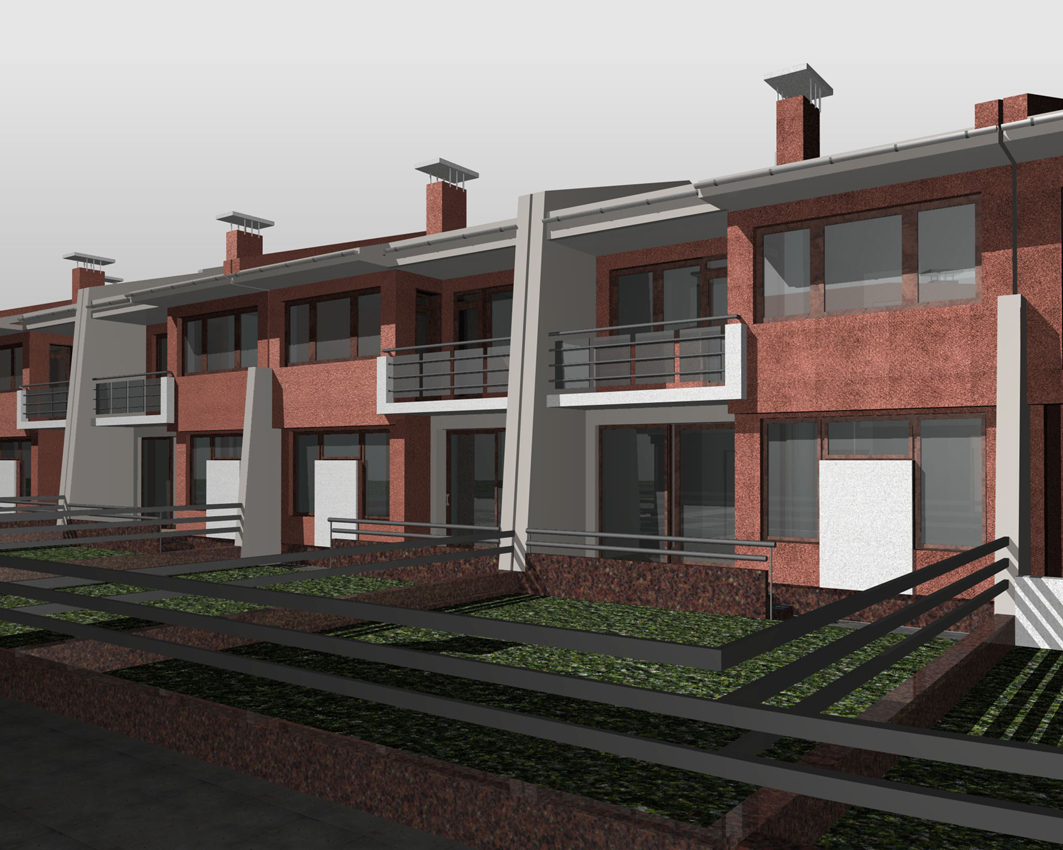 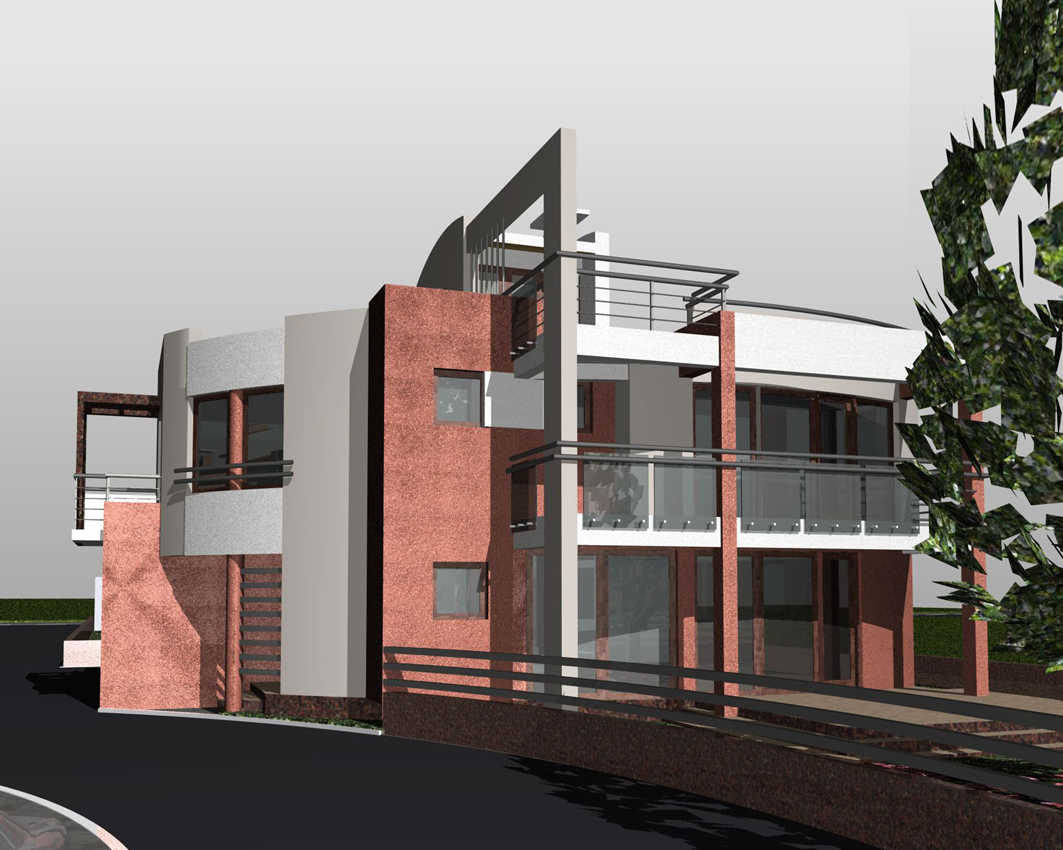 The project for the residential complex "Riviera" envisages the construction of 14 single-family homes with areas of 190 to 380 m2 on two and partly three floors and two apartment buildings with 32 apartments of four and five storeys, 4 shops and an electrical substation. One apartment building with two apartments per floor 98 m2 and 112 m2. The second is with five apartments per floor with an area of ​​51 m2 to 86 m2. Provided are a total of 54 parking spaces for the complex. Possible number of inhabitants is 160 to 200 people.
The location of the complex - in the western part of the city to the Rowing channel and achieved relatively good standard of living in the project did not help to expedite its implementation. By the beginning of 2015 were built only the single-family houses which are not occupied because the engineering and transport infrastructure hasn’t been built yet, as well as public works and landscaping of the site.