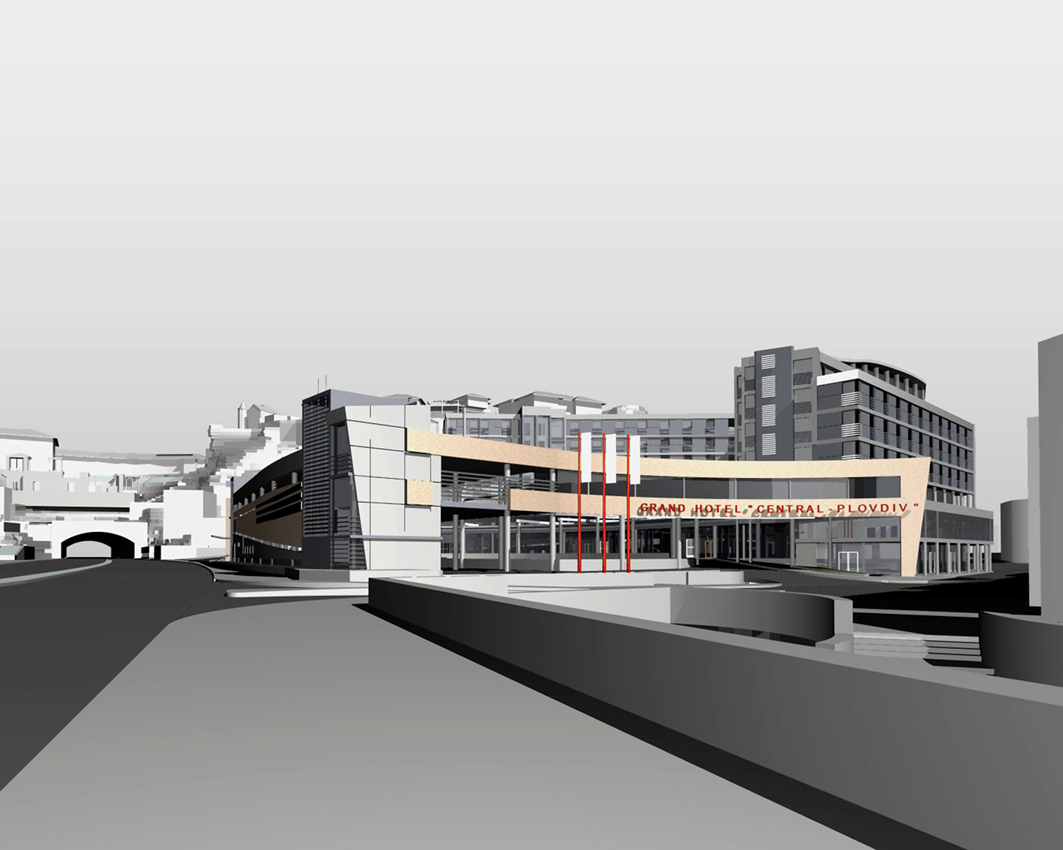 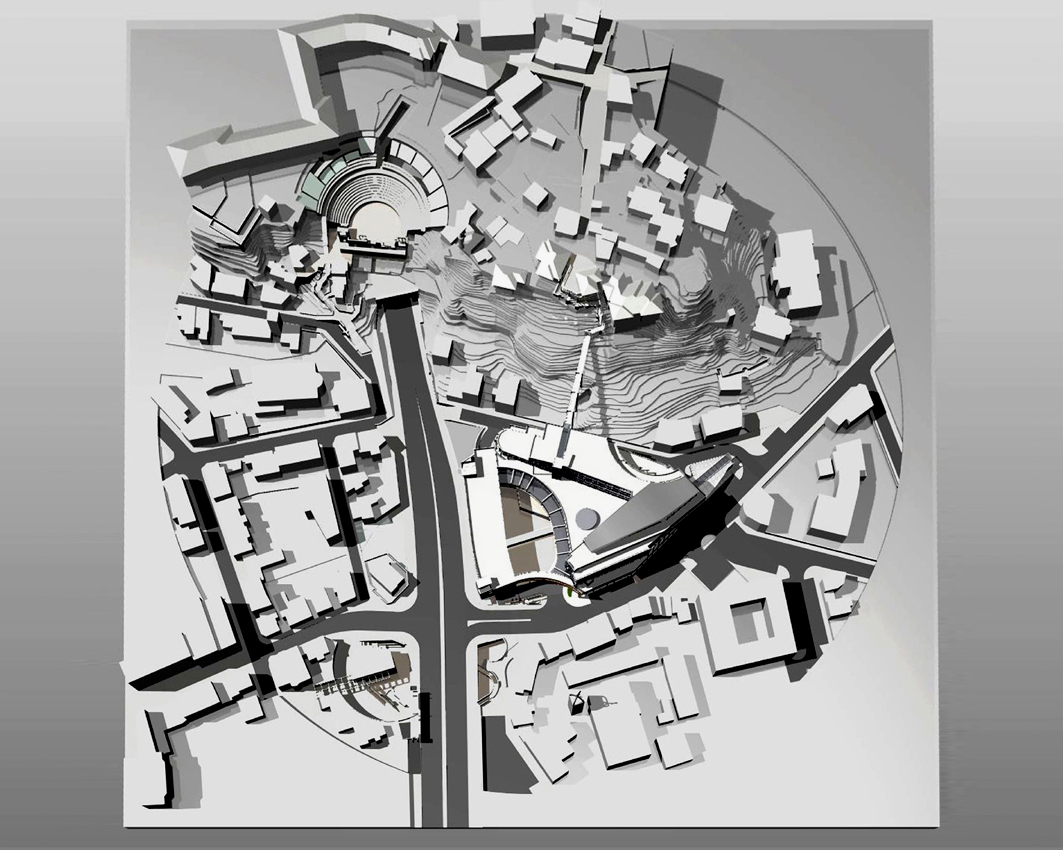 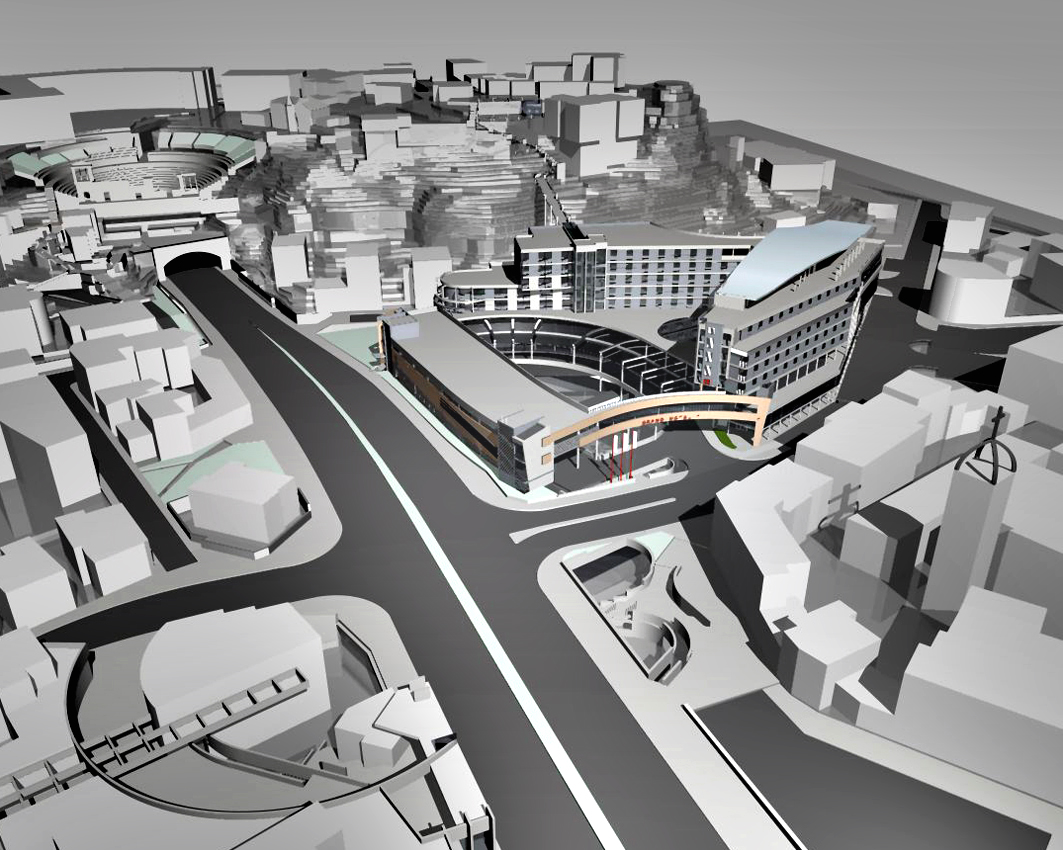 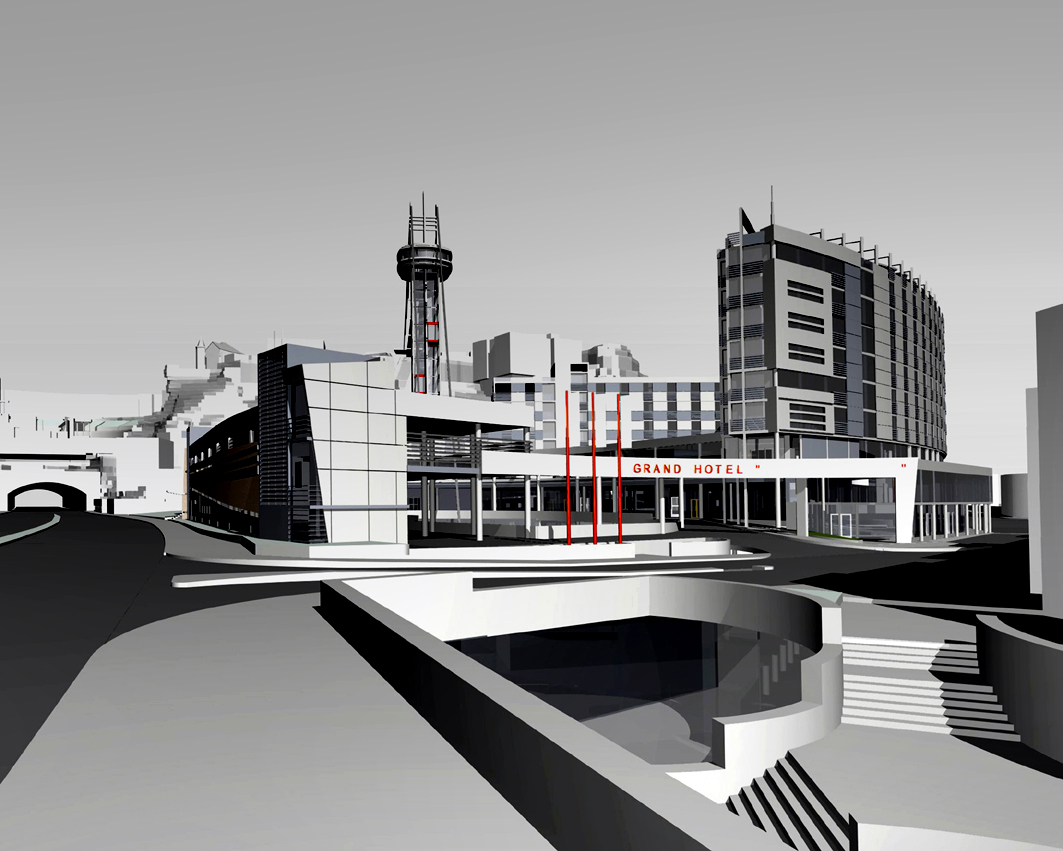 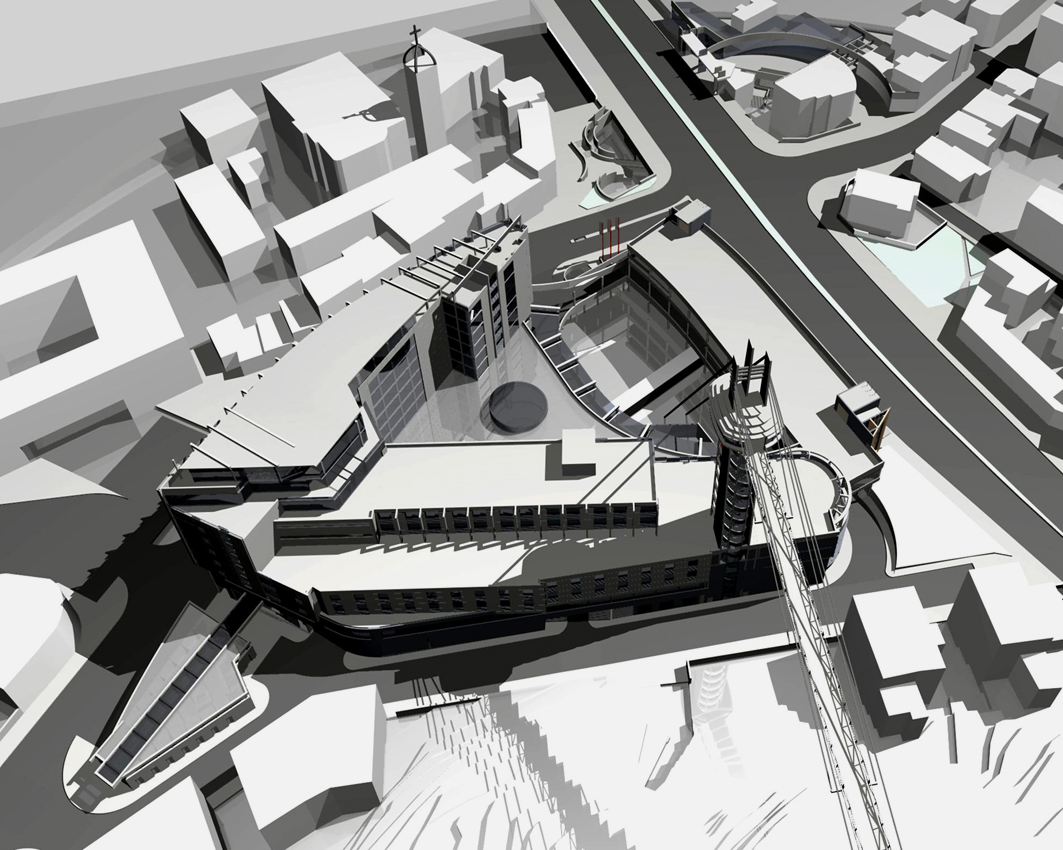 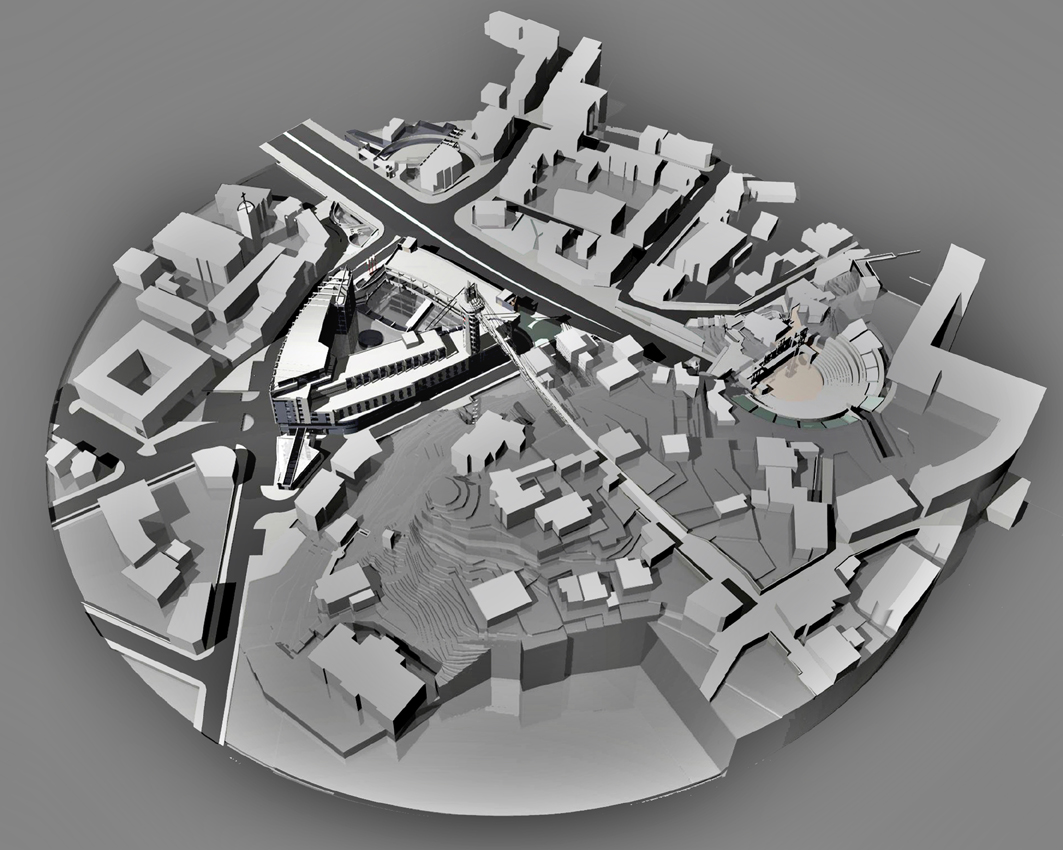 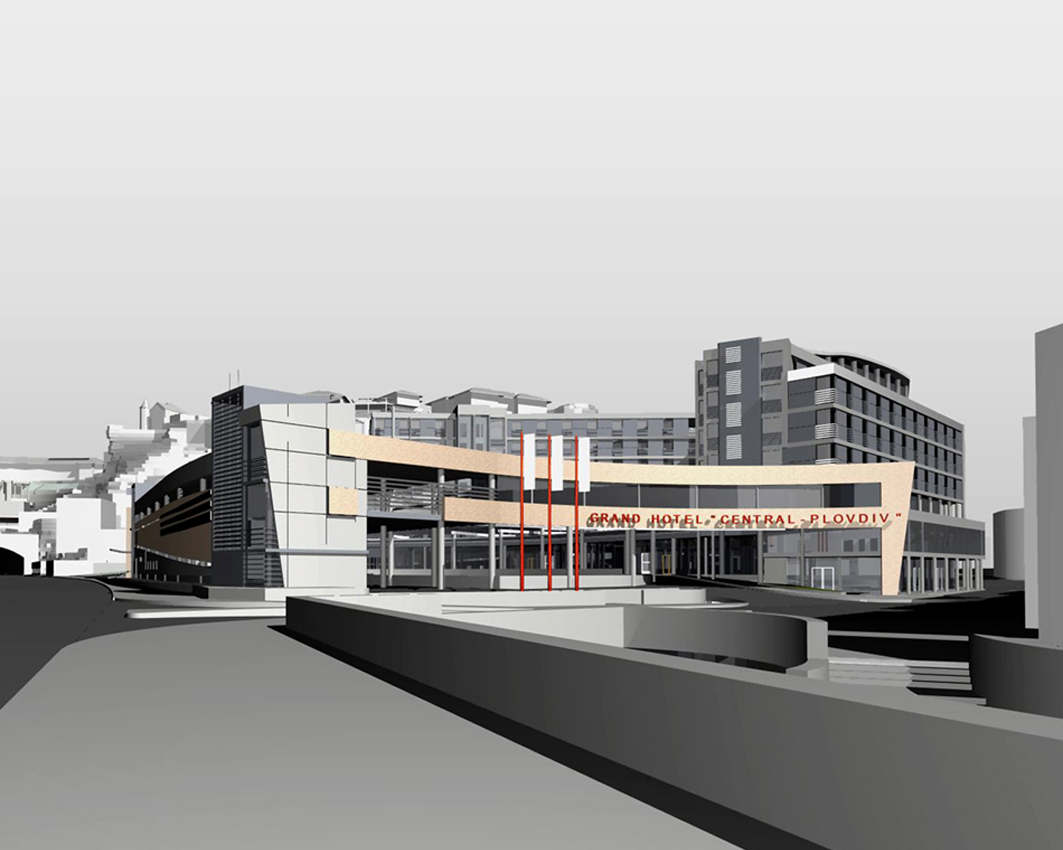 The site is located in the central part of the city at the southern foot of the Old Town of Plovdiv. Surrounded by three streets – to the west is Boul. ‘Tsar Boris III Obedinitel’, in the south and southeast - str. ‘Patriarch Evtimii’ and square ‘Ponedelnik pazara’, to the north - str. ‘Dr. George Vylkovich’. The place is known for many years with its neglected appearance. The unfinished building of the museum of Thracian culture was surrounded by vegetation and concrete cartridges. Archaeological ruins were discovered in the basement and in the northwestern part of the site where the second part of the museum was to be built.
The idea is the whole complex of buildings to become a new entrance to the Old Town. This new entrance to have its visual impact as a strong focus on the urban structure and as a functional purpose - to become the third main beginning of the tourist route to the architectural and historical reserve ‘Ancient Plovdiv’. This basic function is supported by the idea of ​​developing a large five-star hotel.
We create expositional - archaeological and park zone on the underpass level and as part of the area is a closed volume, glazed to landscaped inner courtyard. In this space archaeological ruins will be exposed, but will also be used as an exhibition hall for contemporary art, as well as a chamber music hall. The courtyard will be landscaped with recreation spaces in archaeological environment and contemporary sculptural accents.
Key features of the hotel complex are the restaurants, sports facilities, a conference center, a tourist - information center and a screening room.
Accompanying features are the shopping center, garage floor, expositional and archaeological park area.